Discover the best things to do in Tenerife in summer. Escape from the typical plans and get to know the island in a different way with these proposals!

If you are here, then you might be wondering what are the best things to do in Tenerife in summer, right? This island is well known for being an island in perpetual summer. It is located at a subtropical latitude at the height of one of the great deserts of the world, the Sahara, which does not prevent a small belt of high pressure known as the Azores anticyclone, which generates a great atmospheric stability that softens the temperatures.

This means that the island enjoys privileged climatic conditions all year round. The seasons are not as marked as in the rest of the peninsula or other parts of Africa. You can be in the middle of winter with temperatures of 22ºC or in summer with pleasant temperatures of 25ºC.

In this article we are going to show you the best things to do in Tenerife in summer, such as places you can visit or activities you can do, which will make you feel every corner of the island.

5 best things to do in Tenerife in summer

Tenerife is a destination that offers plenty to see and do at any time of the year. However, summer on the island is special for a number of reasons...

Both its relaxed atmosphere and its sunsets in different parts of the island become a sensory experience, making the largest of the Canary Islands a place where emotions run high.

Are you ready to discover the ideal places that will make you choose Tenerife as your next summer holiday destination? Come on! And we're not just going to talk about the south of Tenerife...

Tourism in Tenerife doesn't have to be just about sun and beach, or going to a typical water park like Siam Park or a theme park like Loro Parque. Let's take a look at different things to do on the island of Tenerife in summer.

Hiking routes in Tenerife are a great way of getting to know corners of the island that would otherwise go undiscovered. Being home to the Teide National Park, it is logical that Tenerife offers contrasts where hiking and nature lovers can enjoy a wide variety of landscapes in such a small space.

In the summer season you can walk through humid forests, climb Spain's highest mountain, explore its refreshing ravine beds and end up on its beaches. It is one of the essential things to do in Tenerife in summer.

Beyond the typical summer beaches you might be thinking of, Tenerife has a huge number of natural swimming pools where you can enjoy a different kind of day at sea.

The island's volcanic origin means that its coastline is dotted with endless nooks and crannies of black rock where you can take a dip in the refreshing waters of the Atlantic. 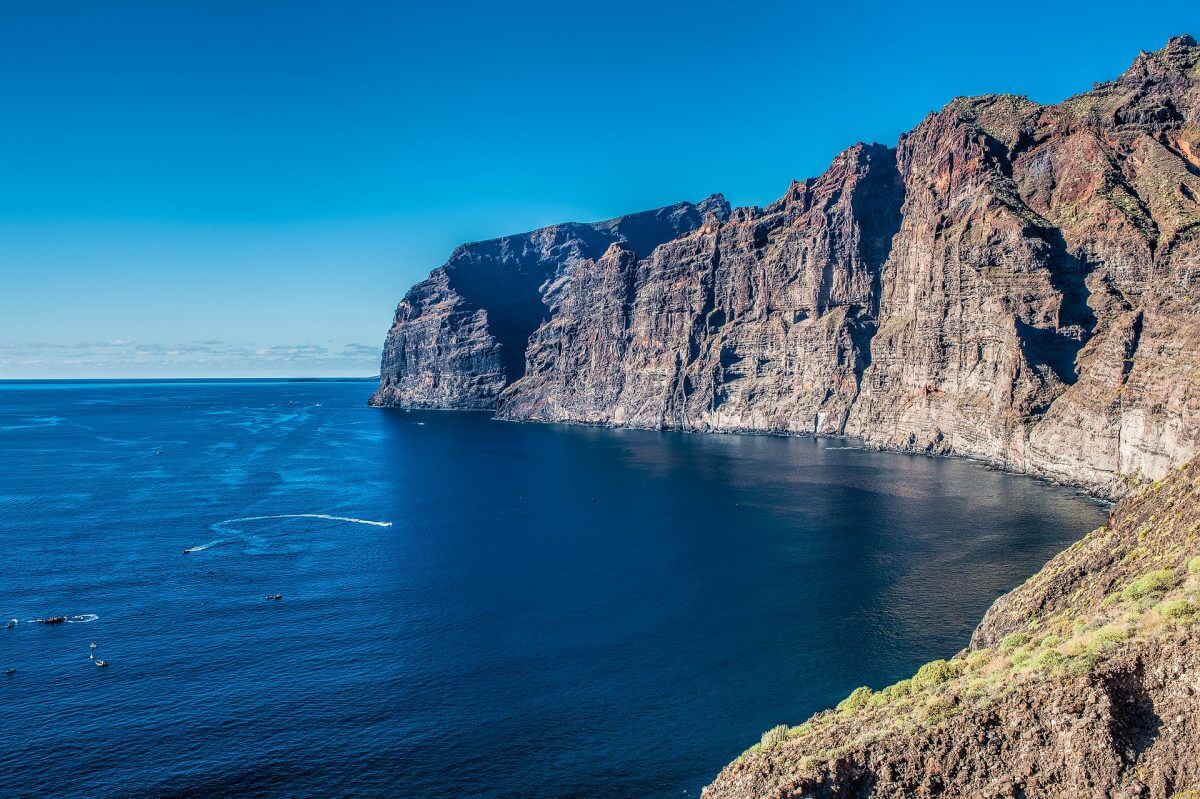 One of Tenerife's natural wonders is undoubtedly the Los Gigantes cliffs, located in the south of the island. This spectacular volcanic geological feature drops vertically into the sea from heights of between 300 and 600 metres.

This is a unique place to discover Tenerife's underwater fauna at first hand in summer, as the area is a focal point for countless divers and fishing enthusiasts.

One of the island's great attractions in summer is Benijo, a nudist and exotic enclave where solitude and serenity are multiplied in an environment of maximum beauty. It is a reference point for alternative bathing in Tenerife, especially for its symbolic rocks, which get bigger at low tide.

Although it is one of the best things to do in Tenerife in summer, it is important to bear in mind that in this summer you have to be extremely careful with the sea. Be that as it may, Benijo beach is simply essential for all lovers of the wild and different.

5. Whale and dolphin watching in Tenerife

The waters surrounding the island of Tenerife provide the perfect conditions for whales, dolphins and other cetaceans to roam freely, ideal for a marine safari.

Up to 21 different species can be found in the waters of Tenerife in the middle of summer, from the enormous blue whale to the impressive killer whale. A unique experience and, above all, far removed from traditional tourism.

The best summer offers in Tenerife

A good holiday is not a good holiday without a hotel that lives up to your expectations. Tenerife offers a range of impressive accommodation, awarded by the best tourist review and booking companies such as TripAdvisor and Booking.

This is the case of the excellent HD Parque Cristóbal Tenerife, located in Playa de las Américas in Costa Adeje, in the south of the island. The best family hotel in Spain in 2020 boasts quality services and impressive facilities that will be the perfect complement to your holiday.

Now you know the best things to do in Tenerife in summer, thanks to a variety of plans in any part of the island. You can find activities where contact with nature is essential to capture the true magic of the island at this special time of year.