All about Los Gigantes Cliff in Tenerife

If you had to list the 7 natural wonders of the Canary Islands, Los Gigantes Cliff in Tenerife would probably be among the chosen ones. And no wonder, because it is a real spectacle for the eyes.

However, it is not as well known to the general public. For this reason, in this article we will tell you what it is, where it is, how to get there and some very useful recommendations. What do you think about starting to discover Los Gigantes?

What are Los Gigantes Cliffs

In the time of the aborigines, the Giants were known as the "Wall of Hell" or "Devil's Wall". The reason? Its geography of dark lava that is practically impassable to the island's interior.

The Giants represent a basaltic-type volcanic geological feature on the western coast of Achinet (as the ancient Guanches called Tenerife), characterised by its vertical walls, which fall into the Atlantic Ocean from heights ranging from 300 to over 600 metres. This almost straight drop makes you dizzy even when viewed from below.

Where is Los Gigantes Cliff in Tenerife

The municipalities of Buenavista del Norte and Santiago del Teide are home to Los Gigantes, which in turn is part of the Teno Rural Park. Due to its climate, an important tourist town has been developed in the last few years in Puerto de Santiago, which has a marina, as well as a large residential and hotel area.

Near this town there are other tourist enclaves such as Playa de La Arena, Puerto de Santiago, etc. This area is 125 km from the island's capital, Santa Cruz de Tenerife, and 45 km from the international airport Tenerife Sur. 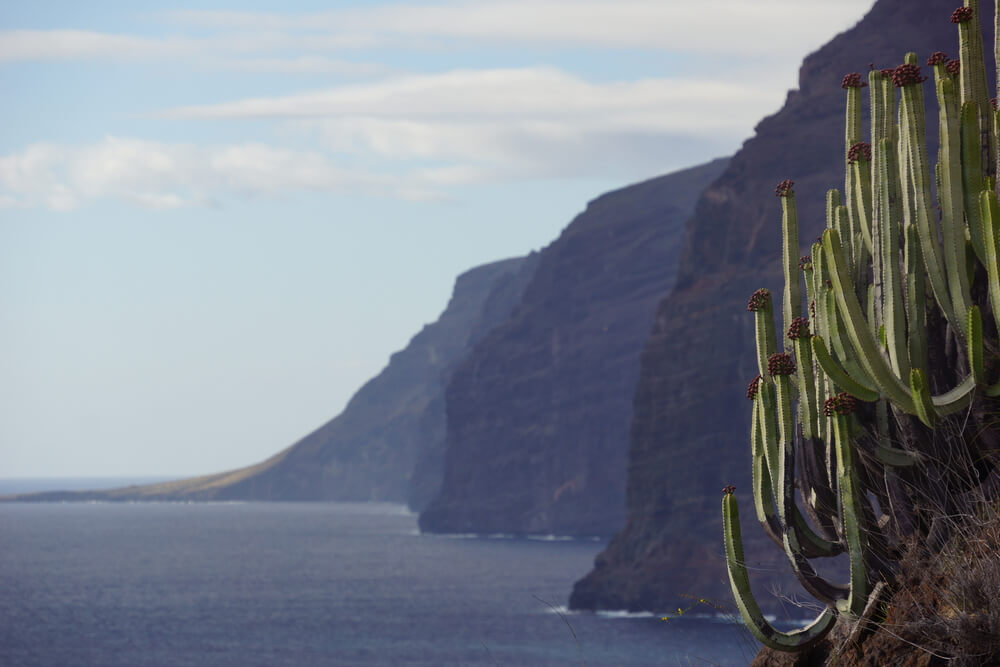 How to get to Los Gigantes in Tenerife

As the island of Tenerife is really large, there is no single route to Los Gigantes. In fact, it depends on whether the starting point is in the north or the south of the island.

From the south of Tenerife

If the starting point is located on the south side of the island, just drive along the main motorway of Tenerife (the TF-1), take exit 87 and follow the signs to Los Gigantes. On the way you will leave the town of Playa San Juan on your left and continue towards your destination through the small town of Alcalá.

From the north of Tenerife

On the other hand, if the origin is on the northern side of the island, you only have to go along the TF-1 in the opposite direction. However, take the TF-82 exit (Chío-Tamaimo) and follow the signs to Los Gigantes Cliff in Tenerife.

If you're one of those who likes to kick around your holiday destination you're in luck because Tenerife is a paradise for hikers. Los Gigantes have lots of ravines that will delight the most adventurous:

And many more. To access them, you must go to the town of Santiago del Teide, from where you must leave to the west through the TF-436 road. Depending on the route, you will have to stop at the chosen place following the directions.

Of course, you should take the maximum possible precautions. Bear in mind that the terrain is quite rugged, so you should be well provided with water, light food, sunscreen, a hat and a mobile phone, although coverage in the area may be weak. 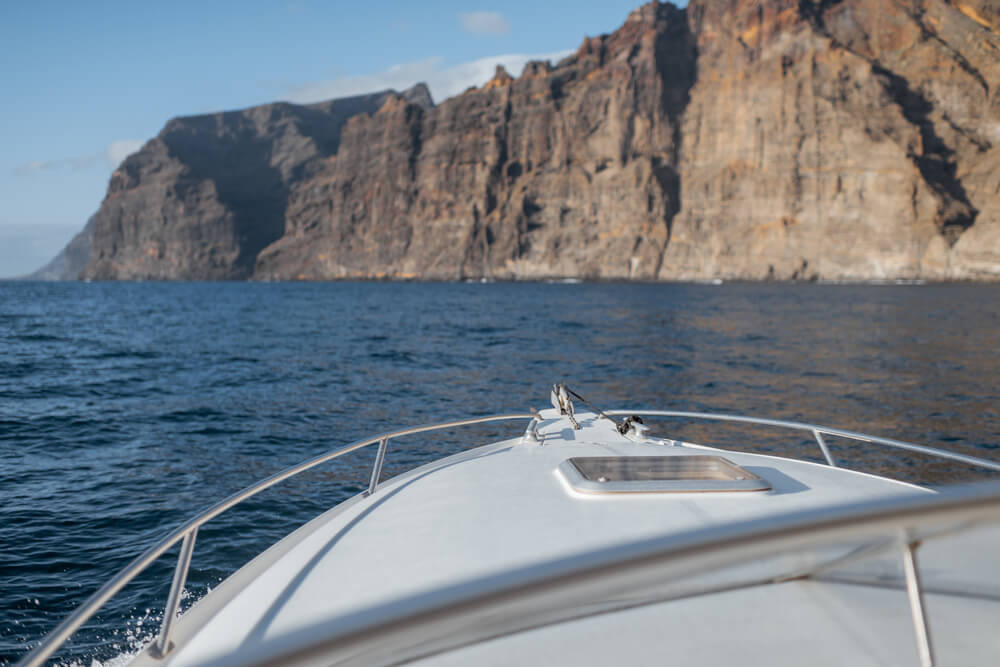 At the foot of Los Gigantes you can enjoy its seabed of about 30 meters deep which houses a great natural richness that attracts diving and fishing enthusiasts both recreational and deep sea fishing.

Here, diving lovers will find in Los Gigantes an unforgettable underwater landscape, especially in the coves that are hidden between the cliffs. From the port, you can also rent kayaks or hire boat excursions to watch dolphins and whales.

Although it is possible to admire them from the sand of the beach, there is nothing better than a boat trip to approach the base of these monumental stone walls and, at sunset, lie down on its black sand beaches with a view of the neighbouring island of La Gomera.

Where to stay in Los Gigantes Cliff

Tenerife's pleasant climate and the impressive landscape of Los Gigantes in the west of the island make this destination a unique place to relax and unwind. However, only 30 km to the south is the best family hotel in Spain in 2020: HD Parque Cristóbal Tenerife.

Located in the tourist town of Playa de las Américas, this accommodation has been awarded by the prestigious tourism portal TripAdvisor as the best family-friendly alternative in Spain, 7th in Europe and 15th in the world. It is, without a doubt, the best option for resting after an intense day at Los Gigantes Cliff in Tenerife.

Prevention information about COVID-19
Read more
Get your Canary Islands Holidays Voucher 2021 and enjoy HD Hotels at the best price
Read more
How to enjoy the summer in Tenerife in a different way
Read more
Viaja a Lanzarote y vuelve a sentir su magia
Read more
Everything you need to know about Santa Catalina Park
Read more
More
Approximate information according to the daily exchange rate of the selected currency in relation to EURO or USD, provided by the ECB and valid for information purposes only.