Discover here the best offers to enjoy Tenerife in October. Visit the ideal island of the Canary Islands at the best price on the market with HD Hotels!

Tenerife is, without doubt, one of the most diverse islands in the Canary Islands. Proof of this is its more than 2,000 km² of surface area, which is home to spectacular landscapes of all kinds. So, if you're planning a trip in autumn, visiting Tenerife in October should be among your options.

Why travelling to Tenerife in October

Achinet (the name by which the island was known to the island's ancient aborigines, the Guanches) has many attractions for all tastes just a few hours' flight away from the main cities on the European continent to either of the island's two airports.

Furthermore, it should be borne in mind that due to the archipelago's geographical position, the Canary Islands' tax regime means that the prices of alcoholic beverages, tobacco or fuel, among others, are considerably lower than in the rest of Spain. This means that you can get more for the same money.

The island's climate is characterised by its mildness and the constant presence of the sun. In fact, the temperature in Tenerife in October is around 20ºC thanks to the cool sea breeze and the trade winds that blow from the north.

Likewise, Tenerife's orography makes it possible to enjoy very different climates from one area to another. It's even possible to play with the snow at the foot of the Teide and then, on the same day, sunbathe and swim in its beaches or natural swimming pools.

What to see in Tenerife in autumn

As the largest island in the Canary archipelago, Tenerife offers a multitude of charms to its visitors: from stunning nature to internationally renowned intangible heritage. Below we've selected three of the best things to see in Tenerife in October.

Los Gigantes Cliff in Tenerife is a series of impressive cliffs located on the west coast of Tenerife (within the Teno Rural Park) with vertical walls that fall into the sea with heights between 300 and 600 metres. Those who have vertigo can suffer a little...

The famous Thousand-Year Dragon Tree is the main attraction of Icod de Los Vinos. And it's not for nothing. Located in the Parque del Drago park in this northern town of Tenerife, it's the oldest example of Dracaena Draco Canariensis in the Canary Islands. It's over 16 metres high and has a circumference of 20 metres. There's an educational garden of endemic plants in the surrounding area.

The city of San Cristobal de La Laguna (formerly known as Aguere) was awarded the title of World Heritage Site by UNESCO in 1993. Not in vain, its foundation back in 1496 was a direct precedent for the colonial cities of the New World. Moreover, the town is a clear example of the exchange of influences between European, American and African cultures.

What to do in Tenerife in October

Unfortunately, in these times when the congregation of people isn't possible, all kinds of cultural and festive events have been cancelled throughout the island. And that's because health is the most important thing. Be that as it may, there are many activities to do in Tenerife in autumn such as the following.

1. Hiking on the Teide

Tenerife's rugged terrain is a gift for hikers. The island has a multitude of paths adapted to all levels of difficulty, so whether you're a beginner, advanced or expert, hikes in Tenerife are a great option to get even closer to the privileged nature of the island.

The southwest coast of Tenerife is an ideal place to see cetaceans in the wild. Not in vain, very close to the coast you can see up to 26 different species of cetaceans such as orcas, dolphins, rorquals or even blue whales.

Of course, we've saved the best for last... Tenerife has countless beaches and coves for all tastes. Do you like the classic golden sand beach with calm waters where you can relax on the towel? Or do you prefer a wild black volcanic sand beach where you can catch a few waves? Maybe a natural swimming pool where you can feel the fresh water in a calm environment? In Tenerife everything is possible! 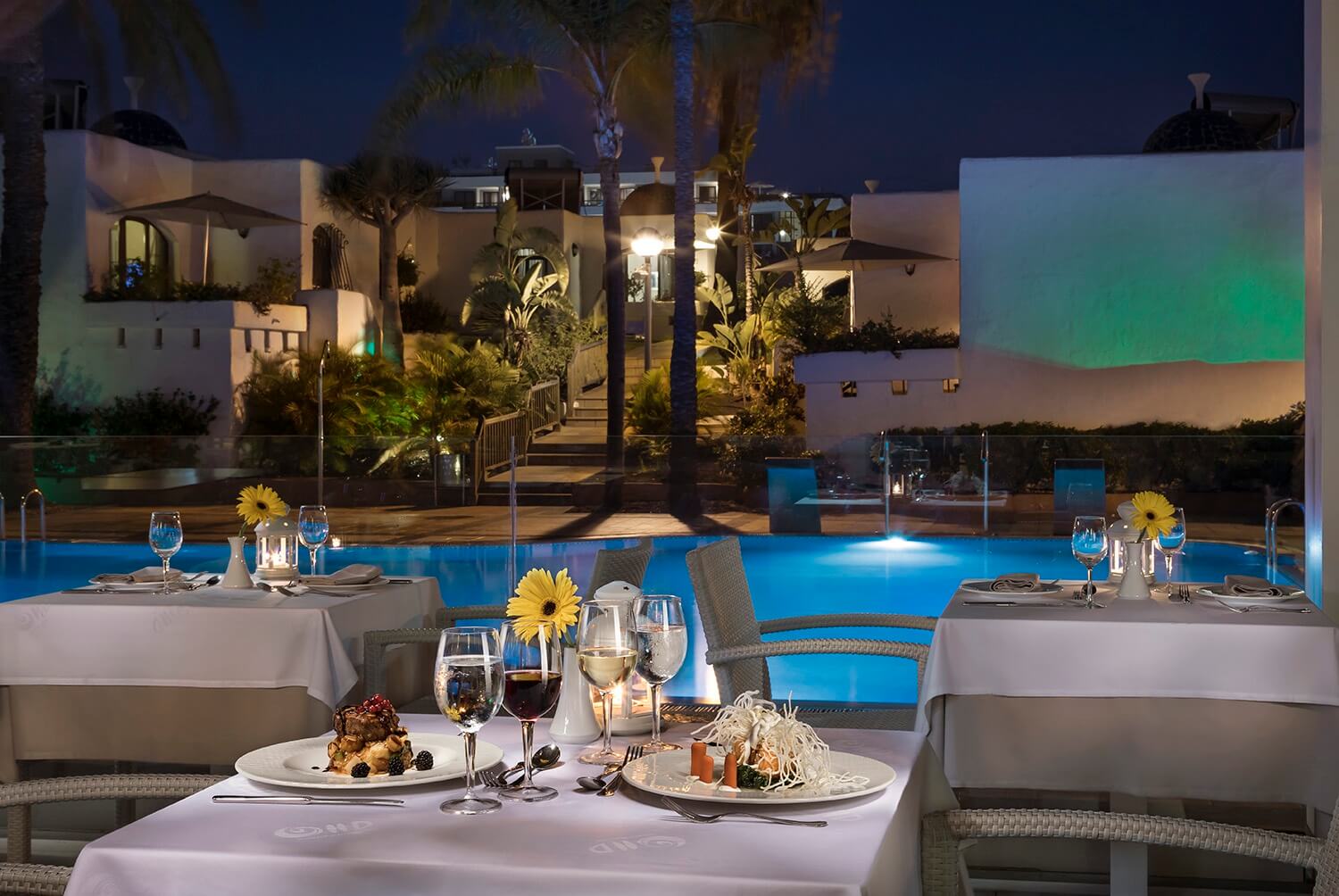 Where to stay in Tenerife in autumn

The range of accommodation on the island is almost endless, but if you really want to relax, here's the best family hotel in Spain in 2020: HD Parque Cristobal Tenerife. Located in the south of the island in a calm environment, this hotel has one of the best offers in Tenerife in October.

Now, if you stay at this hotel on the October bank holiday (from 9 to 12) the final price is 55 euros per day per person - a real bargain to enjoy paradise in autumn at the best market prices! At HD Hotels we're waiting for you in Tenerife in October with open arms. Are you coming?