Back
The best museums in Tenerife
04 Oct 2022
Interview
Hiking

Choose the museums that interest you most and tour Tenerife.

Although Tenerife is more associated with beaches and natural landscapes, it also has a lot of culture, history and tradition you can discover. If you’re on the island, it’s definitely worth visiting the different museums to discover the historical, artistic and cultural side of the island.

Are you fascinated by the cosmos and the stars that surround us? Are you interested in learning more about the history of mankind? Or do you want to discover the secrets of science? Do you want to admire art? Then don't miss the best museums in Tenerife, in the Canary Islands, that you can't miss.

The best museums in Tenerife from north to south

In Tenerife there are many museums with different themes: historical figures, art galleries, archaeological remains, traditions, observatories... Take advantage of the rainy days to visit the best museums in Tenerife!

Here’s a list of the most popular museums on the island of Tenerife:

The MUNA is located in the old Civil Hospital of Nuestra Señora de los Desamparados, built in 1745. It’s one of the most important and popular museums and houses a large collection of archaeological remains of the island's aborigines. The room of the Guanche mummies stands out, which houses the very well-preserved mummy of San Andrés. It houses the largest collection on the Guanche culture of Tenerife. The entry is free on Fridays and Saturdays from 16:00h.

2. Museum of History and Anthropology of Tenerife - Casa Lercaro

It has several locations around the island, such as the Casa Lercaro or the Casa de Carta, as well as the Interpretation Centre of the Ruins of the Castle of San Cristóbal. In this Museum of History and Anthropology of Tenerife you can discover the history and evolution of the island after the Spanish conquest and admire its Canarian architecture such as the dwelling and the patio, as well as typical traditional objects such as musical instruments, clothing, ceramics, utensils... Entry is usually free from 16:00h.

The Icod de los Vinos Museum is one of the most famous cultural spaces in Tenerife. Travel back to pre-Hispanic times and learn about the customs and traditions of the aborigines of the island of Tenerife. Don't miss its life-size scenes with people and caves.

The Archaeological Museum of Puerto de la Cruz is located in the north of Tenerife. It’s another museum of archaeological remains, and houses an extensive collection of Guanche mummies, as well as a recreation of an aboriginal cave. Travel back to pre-Hispanic times and discover its archaeological remains such as utensils, ceramics, tools... The Guatimac idol, a clay piece used during the celebration of rituals, stands out, as well as its valuable 17th-century cartography. 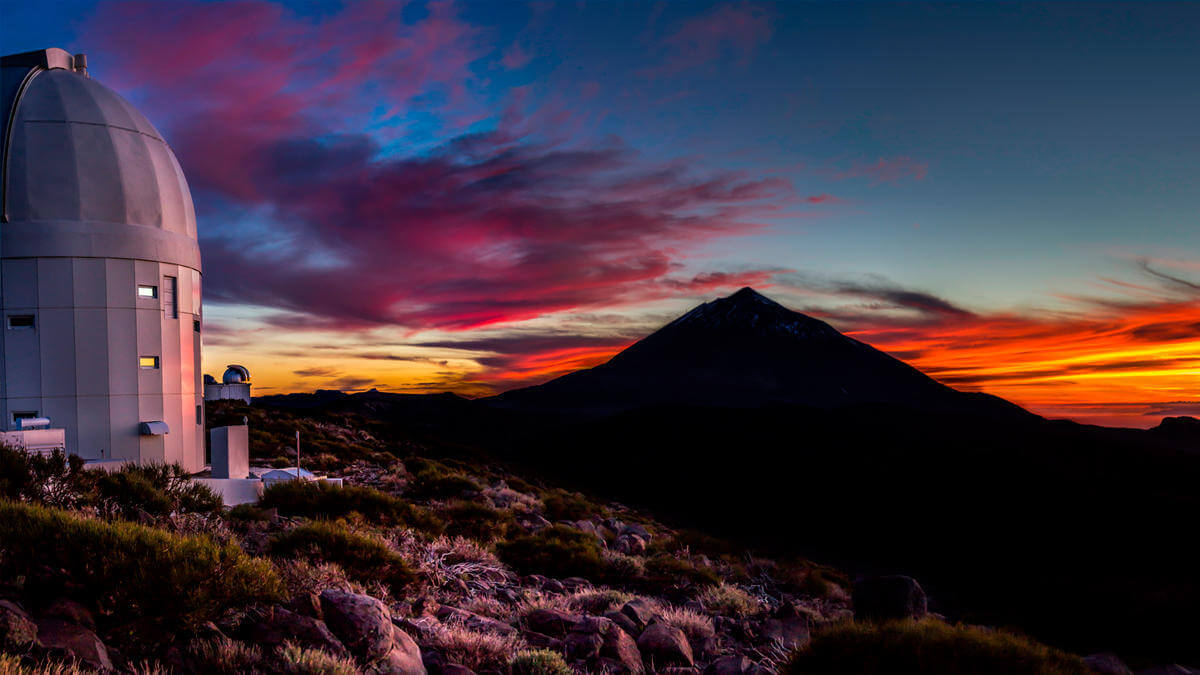 5. Museum of Science and the Cosmos of Tenerife

Discover some of the secrets of science and the universe at the Museum of Science and the Cosmos. It’s an interactive museum ideal for adults and children: it has experiments, games, curiosities, a mirror maze, a planetarium, logic games, workshops, information in the planetarium, film and documentary screenings and much more. It’s a mix between an amusement park and a traditional museum. Discover the laws of nature and how the stars work, and don't miss the camping and astronomical nights!

The Teide Astronomical Observatory is one of the most important astronomy centres in the world. It has more than twenty telescopes and, with a tour of its facilities, you can learn about the Observatory's discoveries and studies, as well as observe the sky.

7. Museum of Nature and Man

It reflects the hustle and bustle of scientists who passed through the Canary Islands during the 18th and 19th centuries, such as Darwin, Vernau and Berthelot, among many others. 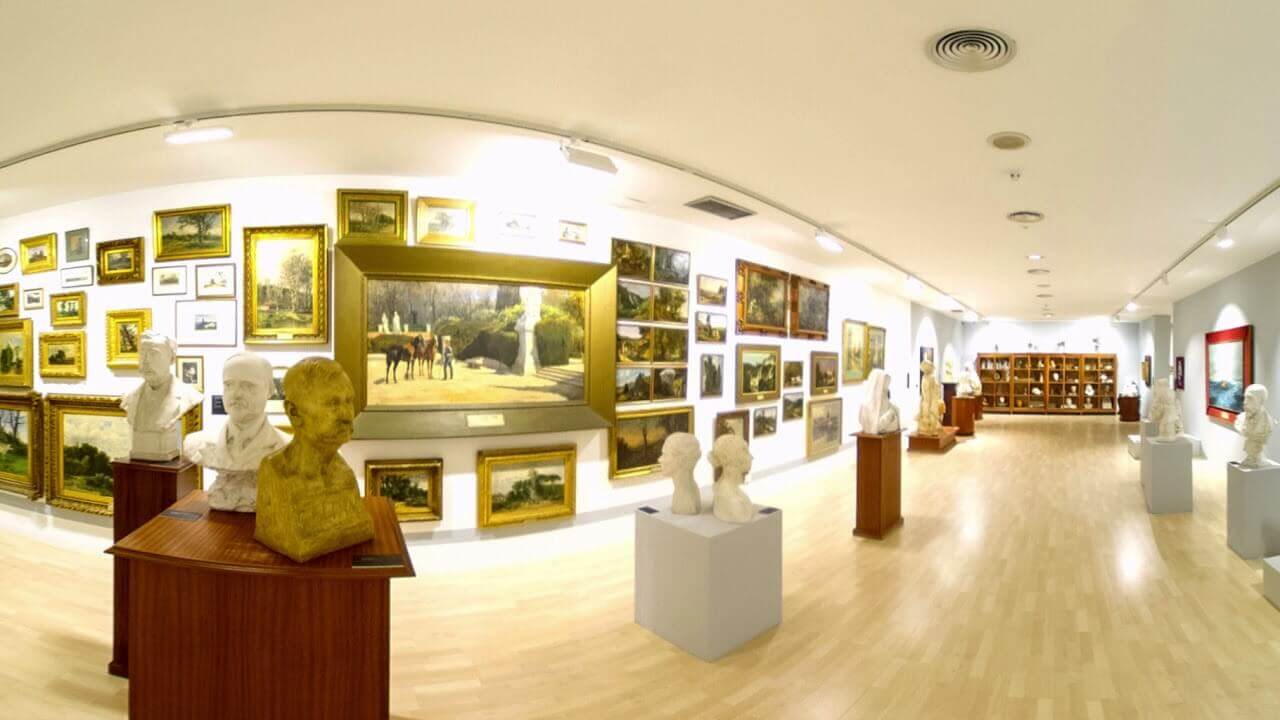 The TEA is an avant-garde building designed by the famous architects Herzog & De Meuron which houses a library, an alternative cinema and a restaurant and two exhibition halls designed to display works by regional, national and international artists of the 20th and 21st centuries, including Canarian artists such as Óscar Domínguez from Tenerife, with a hundred surrealist works that make up a symbol of Canarian art. You can also find the COFF Photography Collection, the most important private photography collection in Spain. It’s made up of more than 1,300 photographs from different periods, styles and authors.

The museum of Bellas Artes is housed in a beautiful classicist building dating from 1929. Here, art lovers will find the most important art gallery in Tenerife. Discover the most famous paintings from the 16th to the 20th century in more than ten rooms. With great importance in Canarian works, you can find outside the building the busts of some of the most representative artists of Tenerife, such as Teobaldo Power, Valentín Sanz, Ángel Guimerá, among others. The Museum also hosts conferences, musical recitals, book presentations...

Here you can see an exhibition of works donated by Cristino de Vera, one of the most important artists of 20th century Spanish art.

The Recova Art Centre hosts around 12 temporary exhibitions each year, including the International Comic Fair.

The Casa de los Balcones was built in 1693. It’s one of the most emblematic and representative houses of the island of Tenerife. In the town of La Orotava is the most important handicraft centre of Tenerife: the also called Casa Fonseca. It’s a 17th century residence frozen in time with its beautiful wooden balconies. You’ll find works of art in several rooms, and you’ll be able to watch how the craftsmen carry out their handicrafts of fretwork, basketwork and embroidery.

15. Ethnographic Museum of the Pyramids of Güímar

This is an ethnographic park made up of six volcanic rock pyramids arranged astronomically according to the summer and winter solstices. The curious thing is that their origin is unknown. They have been declared an Asset of Cultural Interest, and in the visitor centre you can find out about the most widespread theories, visit the exhibition on the pyramids and stroll through the botanical garden and discover the endemic plants of Tenerife.

In this crafts museum you can see a permanent exhibition representing all the traditional crafts of Latin America.

Here you’ll find a large collection of nearly a thousand pieces of pottery.

18. Museum of Iberoamerican Crafts of Tenerife

It’s located in the former convent of San Benito Abad, built in the 17th century. Learn about the history and tradition of Ibero-American crafts and the influence they had on the Canary Islands. There are also interesting activities and courses.

This museum is dedicated to the beautiful carpets that are made every year to celebrate Corpus Christi in La Orotava.

The Cha Domitila Museum is an excellent option to discover the evolution of Guanche pottery.

It’s located in a historic house with typical Canarian architecture. You can find various collections that take you on a journey through the history of the town.

This space recreates the different aspects of the architectural, agricultural and environmental landscape of La Orotava, as well as the socio-cultural history of its inhabitants.

In this historic house in the traditional Canarian style you can see a typical Canarian interior courtyard, a semi-basement with a wine cellar, wine press, barns and tack rooms.

24. Interpretation Centre Of The Ruins Of San Cristóbal Castle

If you want to know more about the history of the island and its defensive system, don't miss this museum. San Cristóbal Castle was built at the end of the 16th century, and is one of the first fortifications on Tenerife. Today, only the walls are still standing, which you can see when you enter the underground gallery in the Plaza de España. Also on display is the Tigre cannon, which played an important role in the defence of the island when the English Admiral Horatio Nelson tried to invade it. The entry is free.

This museum is different and perfect to go with the family. It’s known as "Casa Carnaval" and invites you to take a tour of one of the most important festivals in the Canary Islands, Carnival, which has been declared a Festival of International Tourist Interest. Discover the history and trajectory of Carnival in the Canary Islands, including the costumes of the popular Carnival Queens. It also has occasional events or activities, such as book presentations, talks and seminars. On the other hand, concerts and costume presentations are held on its stage. Entry is free. 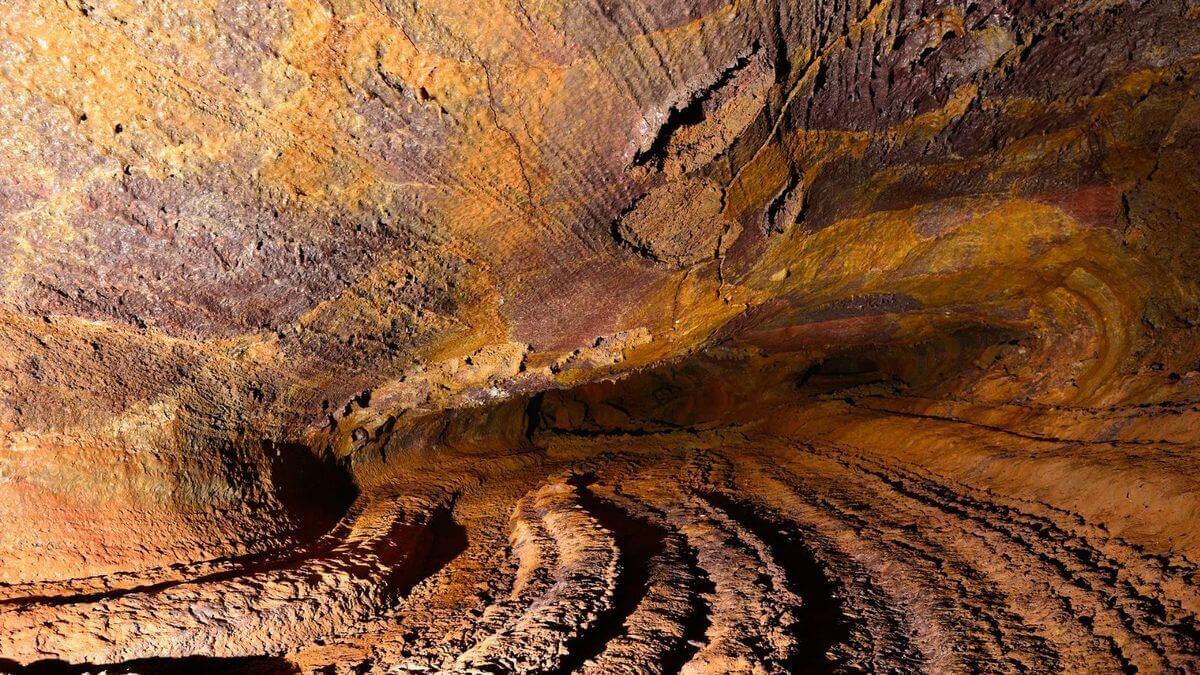 It’s a volcanic tube more than 27,000 years old that was formed due to the eruptive activity of the Pico Viejo, next to the Teide. It’s the fifth-longest volcanic tube in the world. Here you can see lava drops, lava lakes and waterfalls.

Discover the culture, history and art of Tenerife

And that concludes our list of the best museums in Tenerife. Which ones do you choose? And if you still don't know where to stay on the island to visit the museums and more, we recommend the best hotel for families in Tenerife, the HD Parque Cristóbal, located in Playa de las Américas. It’s a beautiful complex of bungalows refurbished in 2019. Enjoy its large green areas, its swimming pools and its horizontal architecture.