Explore the volcanic landscape of Lanzarote, the island of 1000 volcanoes.

Lanzarote, also known as "the island of 1000 volcanoes" is an island of volcanic origin where you can explore fiery mountains, black sand, dark rocks, sizzling geysers and unique landscapes.

Relive the geological history of the Canary Island and explore its volcanic landscapes: discover its craters, fissures, cones and volcanic caves while hiking in Lanzarote.

Complete your volcanic holiday with the top 3 volcanoes of Lanzarote

Are you looking for less cliché and conventional adventures and plans? Discover the best volcanoes in Lanzarote with us! In Lanzarote, out of all the volcanoes of the island, we can highlight the following three:

Walk through the land of fire of the Timanfaya National Park

Timanfaya is the only active volcano on Lanzarote, and probably the most important one. Its temperature ranges between 100 and 600 °C at a depth of 13 metres.

The volcanic area of the Timanfaya National Park covers almost a quarter of the whole of Lanzarote and is the most important volcanic area on the island. Here you can witness impressive steam geysers, lava tubes and small craters. The fiery land of Timanfaya National Park is one of the most visited attractions on the island, and you can even explore the terrain on the back of a camel!

It’s also perfect for hikers as there are 2 different hiking trails. The first route is the coastal route, which is about 9 km long and is suitable for more experienced hikers. It takes about 3 hours.

The second trail is the Tremesa route, a 4 km route, ideal for beginner hikers, where you can discover the unique beauty of the Montaña Encantada, the Caldera Roja, the Montaña Quemada and Pedro Perico.

Don't miss the volcano barbecue roasted at 400 °C above a lava pool below the El Diablo restaurant! Say goodbye to traditional cooking!

HOW TO GET TO TIMANFAYA NATIONAL PARK

To get to Timanfaya National Park from Teguise, you must follow the LZ-30 to Mozaga. Here, take the LZ-46 towards the LZ-67 and in 15 minutes you’ll reach your destination.

The volcanic vineyards of the El Cuervo Volcano 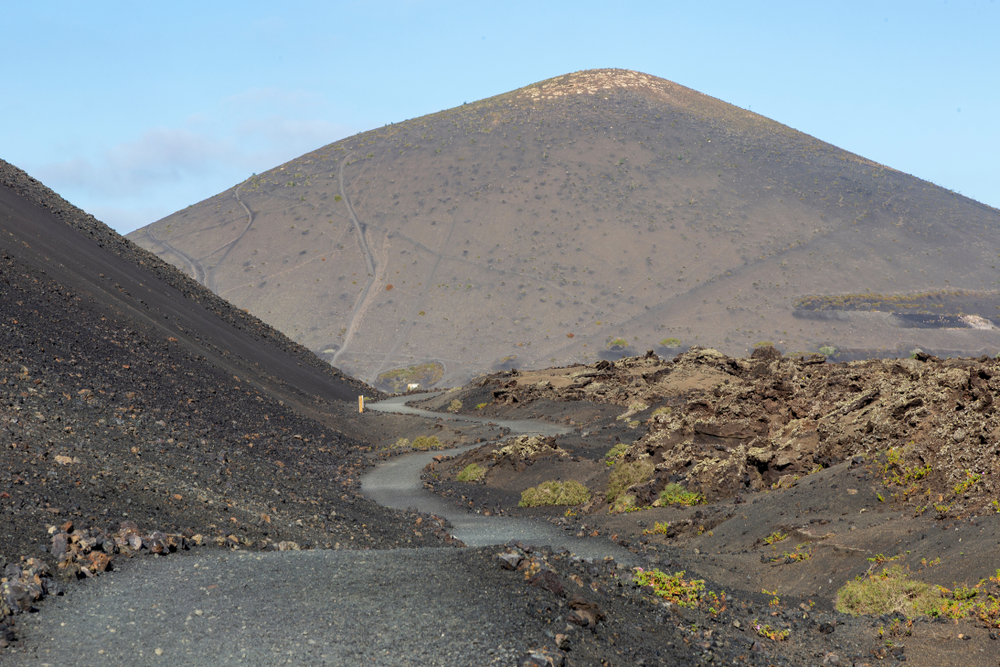 The El Cuervo caldera is located between the Timanfaya National Park and La Geria, a protected area. El Cuervo was the first volcano to form from the eruption in 1730.

We highlight the 5 km hiking route that leads to the crater. It’s an easy and popular route, especially with families. We also recommend the volcanic wine of Lanzarote, one of the best wines of the Canary archipelago and only a 5 minute drive from the volcano. Don't miss the Malvasia volcanic wine in La Geria!

HOW TO GET TO THE VOLCANO EL CUERVO 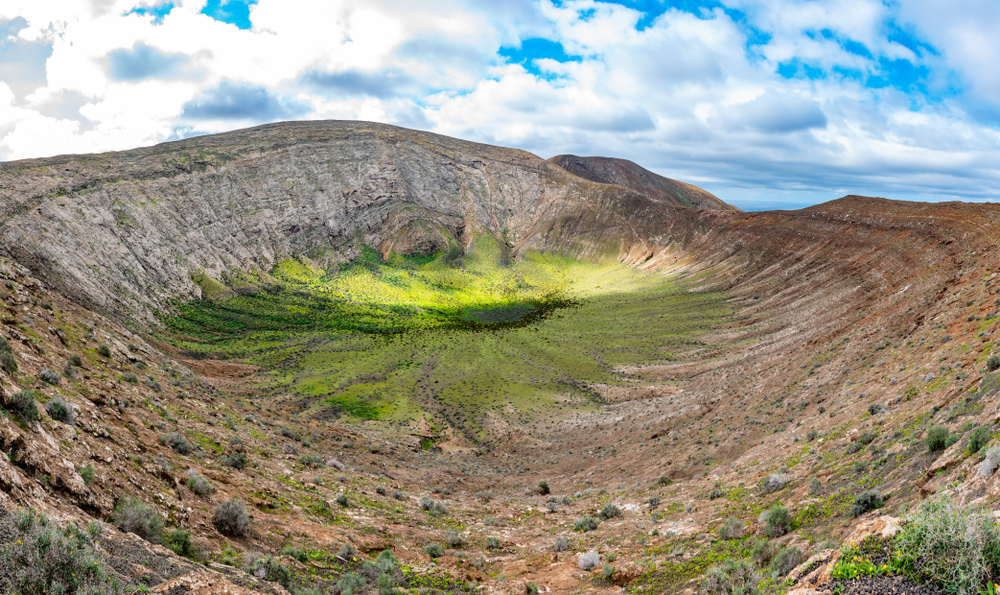 Caldera Blanca is located in the centre of the island and consists of Caldereta and Caldera Blanca, which come from two ancient cones generated by previous volcanic eruptions.

The Caldera Blanca route passes through an area of volcanic terrain with lava. The hiking route is accessible to everyone and starts at the church of Los Dolores and is about 10 km long.

HOW TO GET TO THE CALDERA BLANCA

The volcano route in Lanzarote

The volcanoes route is a popular tour in Lanzarote through the Timanfaya National Park. Discover volcanoes, incredible geological formations and unique landscapes.

If you’re passionate about Lanzarote and its volcanic terrain, we recommend staying at the HD Beach Resort & Spa, one of the best family hotels in Lanzarote. It’s located on the beachfront in Costa Teguise. What’s better than to stay close to Lanzarote's most impressive volcanoes? Furthermore, from HD Hotels, we invite you to see some of the most spectacular sunsets in the Canary archipelago.

Frequently asked questions about the volcanoes of Lanzarote

1. How many volcanoes are there in Lanzarote?

There are more than 300 volcanic cones on Lanzarote. In the Timanfaya Natural Park alone, there are 25 volcanoes.

2. Which is the largest volcano on Lanzarote?

The largest volcano on Lanzarote is the volcano Caldera Blanca, with a height of almost 460 m and a crater diameter of 1200 m.

3. How many active volcanoes are there on Lanzarote?

The only active volcano on Lanzarote is the volcano Timanfaya.

4. When was the last eruption on Lanzarote?