The Canary Islands have unique corners of enormous beauty in the middle of the Atlantic. But it is the towns in Lanzarote that hold secrets and unmatched charm.

Lanzarote is that island where we can feel the lava fusing with the sea, where the volcanic caves hide treasures with a special attraction and its sandy streets take you to the sea.

Not only is it an island of sea, sand and volcanic caves, it is also an island that has history in every corner, culture and art thanks to the legacy that the great César Manrique left scattered throughout the island.

It is an island that is worth discovering, touring and getting lost throughout its geography. We propose you a tour through the most charming villages in Lanzarote.

In Lanzarote you will find everything from the liveliest tourist towns, with their unbeatable hotel facilities and recreational areas, to unparalleled landscapes, spots showing no trace of human presence, and solitary islets for the enjoyment of silence.

The benign climate, with its average annual temperature of 22º C, is also worthy of mention, since it makes Lanzarote the perfect destination for the practice of all kinds of outdoor sports.

What is more, the spectacular natural heritage has been jealously guarded by the people of Lanzarote; and not in vain, since the island was declared a Biosphere Reserve by UNESCO in 1993.

Our tour will take us from north to south and from east to west of the island. Visiting the most beautiful and historic places of the island.

Our first stop will take us to the southern town of Yaiza. Its hallmark is how neat and clean the town is, being rewarded for it on numerous occasions.

The most striking are its typical white and blue houses, which make it one of the most charming villages in Lanzarote thanks to the contrast with the ochre colour of the volcanic landscapes. It maintains the tradition of its houses and streets, adding colour with its flowers and gardens.

When arriving in Yaiza, we can find interesting historical monuments, such as the Benito Pérez Armas culture house, with its balconies and traditional wooden staircases. Another point of interest is the church of Nuestra Señora de los Remedios, which dates from the seventeenth century.

The best way to capture the essence and beauty of this village is to walk through it in silence and discover its corners. 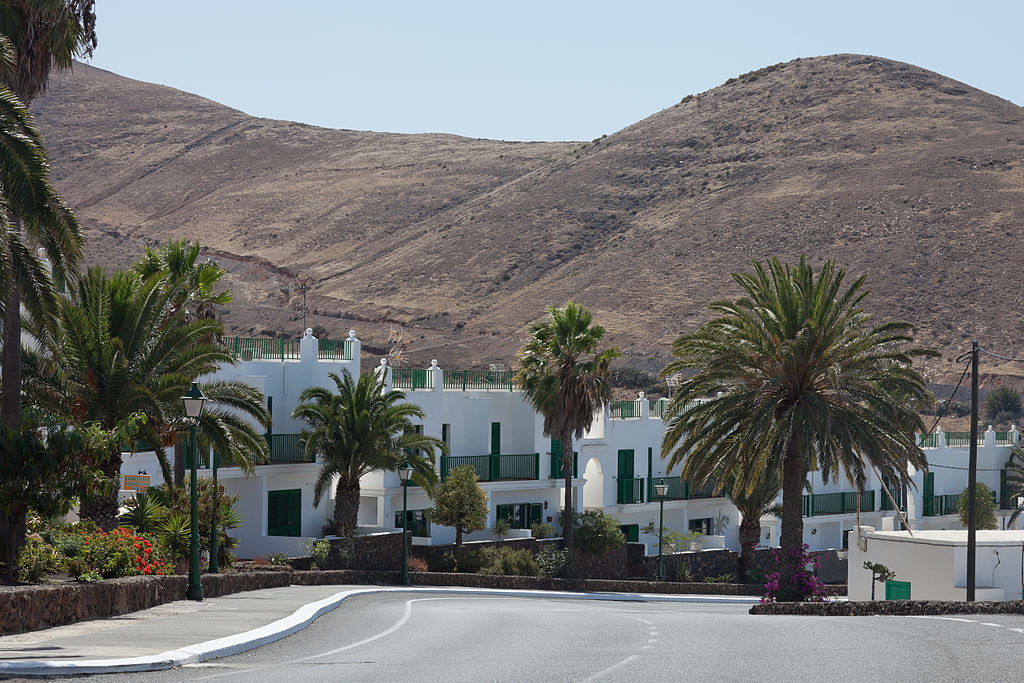 Teguise is located in the northeast of the island. As a curious fact is one of the first towns founded in the Canary Islands, being the capital of Lanzarote until 1847. It preserves a large number of buildings of great historical value, such as the Castle of Santa Barbara or the Spinola Palace.

The charm of this town is to stroll through its streets and go back centuries to imagine the life of the locals at the time of the conquest.

Apart from the historical heritage, Teguise has several museums, being one of the towns in Lanzarote with the most museum offer. The Casa del Marqués de Rojas, the Casa Perdomo or the Museo del Timple are clear examples. 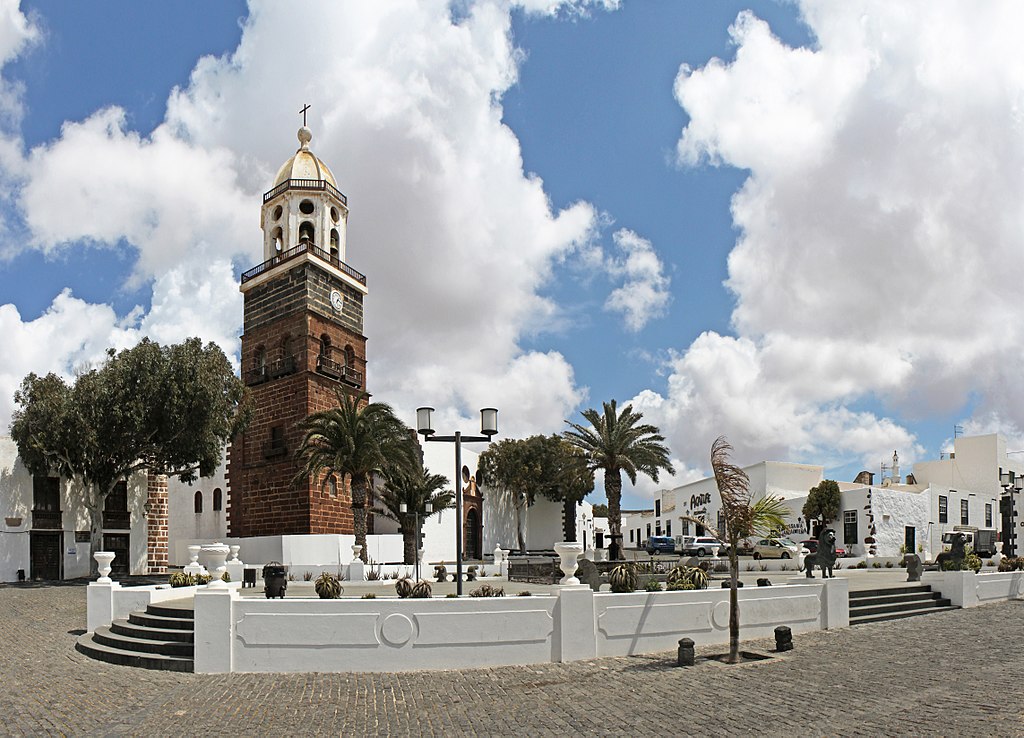 Haría is located to the north of the island, in the singular "valley of the thousand palm trees", considered one of the best Canary Island Date Palm groves. Its charm and attractiveness is perceived when we enter the roads between the mountains and find an oasis in the middle of pure geology: green lands and crops, wrapped by the La Corona volcano.

However, the main attraction is the visit to the César Manrique House-Museum, whose birthplace was Haría. In Plaza León and Castillo we are going to find a haven of peace, flanked by laurels and eucalyptus trees. The Church of Nuestra Señora de la Encarnación or the Hermitage of San Juan Bautista are other places of mandatory visit.

Tias is located in the center-south of the island. It is one of the main tourist centers, but this town is much more than sun and beach. It was the place chosen by the famous portuguese writer José Saramago for his retreat.

The contrast between the centres of the interior, where the volcanic landscapes unique to the towns in Lanzarote predominate, and its 6 kilometres of coastline with paradisiacal beaches make it a village of contrasting landscapes.

The main attraction and charm of the town lies indisputably in the Timanfaya National Park, where the volcanic landscapes are majestic. The roughness of the landscape, the mixture of orange, red and ochre colours, combined with the silhouette of the volcanoes, make this place one of the most beautiful in Lanzarote. 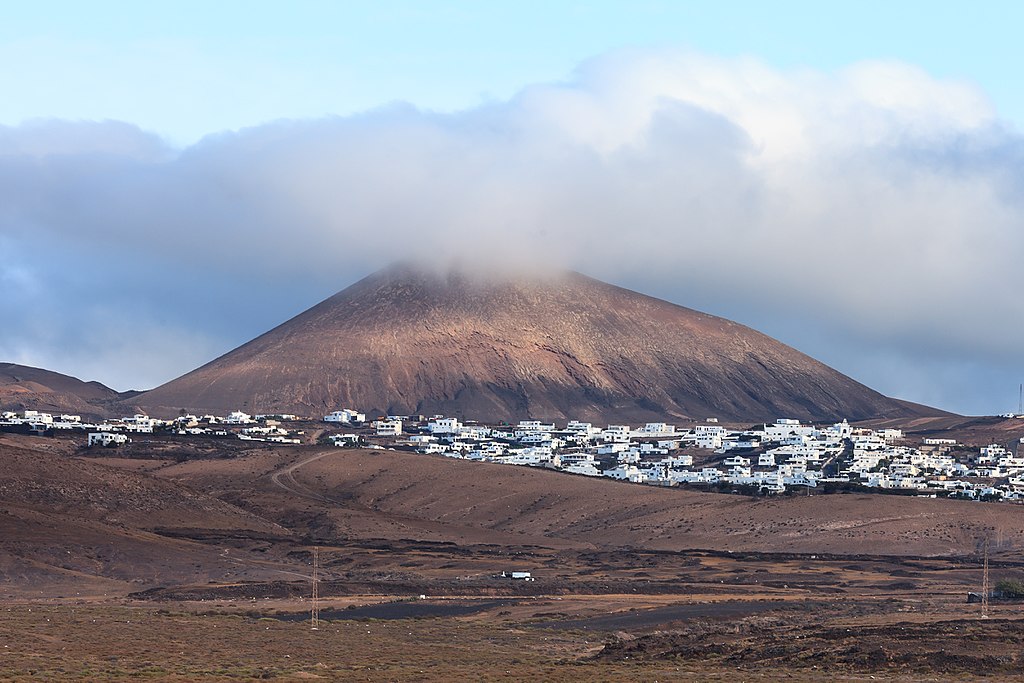 The municipality of San Bartolomé is located in the centre of the island, very close to the capital, Arrecife. It is a village with quite a bit of history, as it contains the village of Zonzamas, considered the oldest on the island.

It has buildings of cultural interest such as the Casa Ajei or the Casa del Mayor Guerra. The municipality has a sculpture made by César Manrique that pays tribute to the farmers of the island, located very close to the Casa Museo del Campesino.

Its main attraction and charm is the landscape of La Geria. Joined by small hamlets, we find large holes where the vineyards are cultivated, with small semicircular stone walls that protect them from the wind. 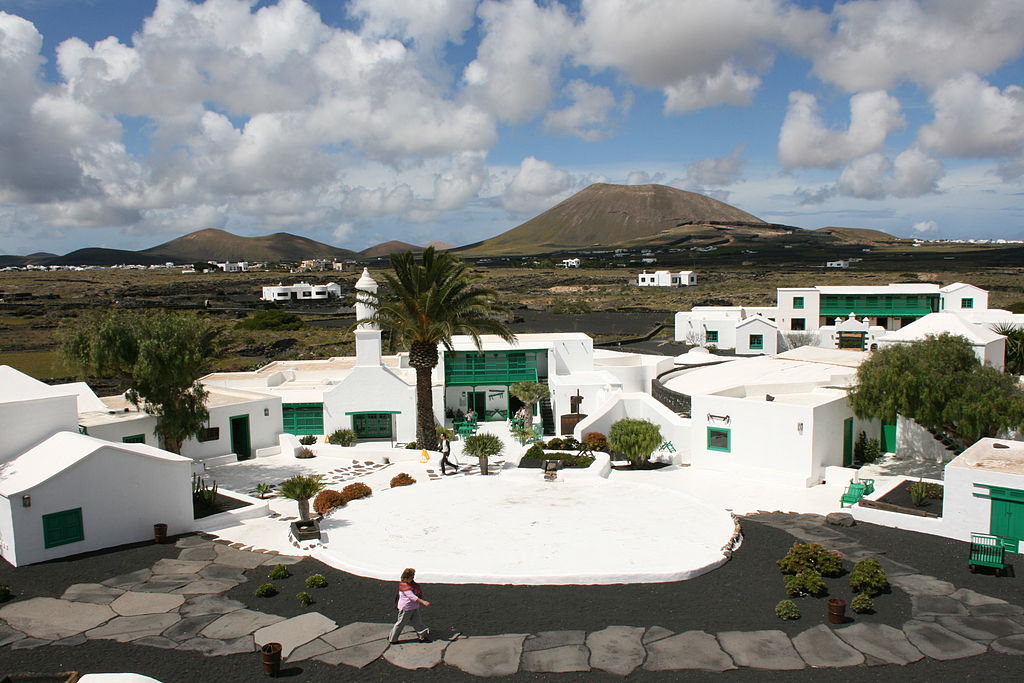 With this brief but intense HD Hotels & Resorts tour we wanted to highlight the different municipalities with the most beauty and charm of the island.

All these towns in Lanzarote have a lot of history, with an enchantment that other municipalities of the Canary Islands do not have. There is life beyond the main tourist islands, of the traditional tourist enclaves, if we venture to discover all these corners, we will take, besides a pleasant surprise, a good memory that we will keep in our retinas forever. Stay at HD Beach Resort & Spa and dare to discover it!

Everything about Las Canteras beach, one of the best in Europe
Read more
Prevention information about COVID-19
Read more
Get your Canary Islands Holidays Voucher 2021 and enjoy HD Hotels at the best price
Read more
How to enjoy the summer in Tenerife in a different way
Read more
Viaja a Lanzarote y vuelve a sentir su magia
Read more
More
Approximate information according to the daily exchange rate of the selected currency in relation to EURO or USD, provided by the ECB and valid for information purposes only.