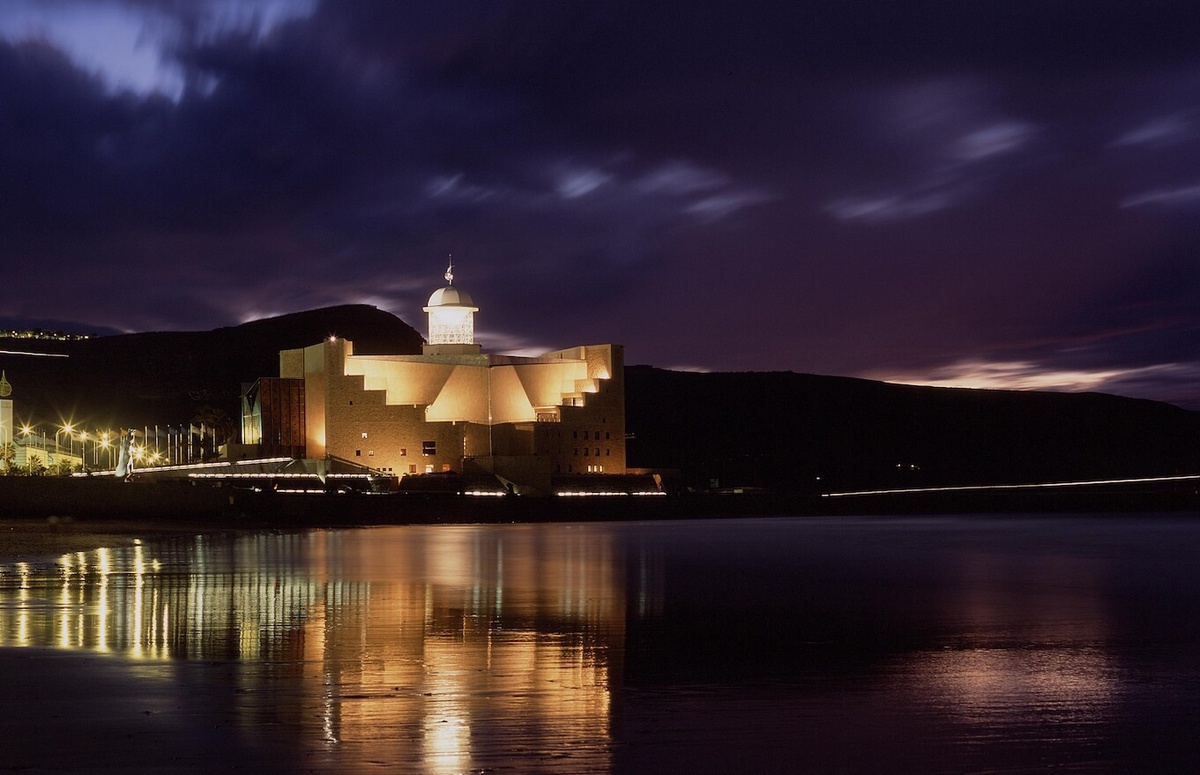 It's a well-known fact that the local surroundings condition the way of life in towns and inspire their art and music, so it's no surprise that the theatres in Las Palmas enjoy such a great cultural wealth and diversity.

Just like anywhere else in the world, theatre has also served in Gran Canaria to form bonds and unite people at different times in life.

The Pérez Galdós Theatre is one of the most emblematic buildings in Las Palmas de Gran Canaria. It is currently the main theatre on the island and stands in the capital district of Triana on the banks of the mouth of the Guiniguada ravine.

It is home to the Las Palmas de Gran Canaria Alfredo Kraus Opera Festival and was remodeled in 2007 to undergo a comprehensive rehabilitation that resulted in the combination of nineteenth-century romanticism with the advanced stage technologies of the twenty-first century.

As a curiosity, originally the theatre did not adopt its current name, since it was inaugurated under the name of Tirso de Molina without any apparent reason linking the playwright of the Spanish Golden Age with the inhabitants of Gran Canaria.

The consolidation and projection of Benito Pérez Galdós as a literary author during those years meant that the population naturally chose to call the theatre by the name of Don Benito, the most universal Canarian writer.

If we talk about theatres in Las Palmas, the Cuyás Theatre is one of the most important venues in the Canary Islands.

As a cultural space, the Cuyás houses the most outstanding national billboards and international shows in each and every one of the performing arts disciplines each season.

Faithful to this century-old tradition, the main figures of the Spanish stage and the most important stagings continue to pass through this theatre every year, also participating in the production of shows alongside other large Spanish venues.

The Alfredo Kraus Auditorium bears the name of the most international tenor from the Canary Islands in gratitude for his work in the world of music, as he was the most loved by the general public.

It was conceived by the Catalan architect Oscar Tusquets and stands on a volcanic rock base in one of the most emblematic corners of the city, the famous Las Canteras beach, which gives it a unique marine environment with suggestive panoramic views over the Atlantic.

The numerous sculptures that form part of the building are inspired by the famous local artist Néstor Martín-Fernández de La Torre. The name of the sculptural ensemble is "Walking along the bar" (in reference to Las Canteras beach reef called “la barra”), since its author Juan Bordes imagined the building as a "symbolic theatre of the sea".

It is one of the largest theatres in Las Palmas, with fourteen halls with a capacity for 3,465 participants.

Of these, the Symphonic Hall is considered to be the most spectacular space in the building, thanks to its large 100 m² window located behind the stage that connects the attendees to the sea.

The Guiniguada Theatre has undergone various modifications throughout its history.

The initial project follows a classical theatre layout incorporated into an office building, housing and commercial premises, although it has been adapted to a concert hall (it even had an orchestra pit) with a very small stage.

It is ready for cinema, for which a screen was projected in the back of the stage, of enough size for the formats of the time and a projection booth on the amphitheater.

The reopening of this theatre in 2011 generated a stable platform for the exhibition of cultural productions (mostly Canarian) in order to provide residents and visitors with a reliable space for quality stage programming.

Not for nothing it is the official venue for the screenings of the Filmoteca Canaria (Canarian Film Library), making it one of the most important theatres in Las Palmas.

In the audiovisual field, the most important function of this venue is to house the Filmoteca Canaria’s cycles’ programming every week and to offer coverage to other cinematographic activities that have been consolidated in the last years.

Proof of this are the programme “Educar la mirada” (“Educating the eyes”, morning sessions for educational centres), the Muestra de Cine Iberoamericano (Ibértigo, Iberoamerican Cinema Exhibition) or the occasional premieres of the short films and feature films from the Canary Islands that annually receive support by Canarias Cultura en Red.

The Insular Theatre Hall is a focal point for the cultural dynamisation of Gran Canaria by bringing both the public and the creators closer together, through a regular programme, speeches and proposals that revolve around dance, literature, theatre, poetry, audiovisual, photography, plastic arts and popular and contemporary music.

After a number of problems, the collapse of part of its structure in 2002 forced its closure, which implied a series of reforms that culminated in 2017 under the umbrella of the Fundación Canaria de las Artes Escénicas y de la Música de Gran Canaria (Canarian Foundation of Scenic Arts and Music).

In short, the theatres in Las Palmas are an excellent alternative for immersing ourselves in another side of Canarian culture. Stay in our emblematic Acuario Lifestyle Hotel and discover the most theatrical side of the capital of Gran Canaria.