Enjoy the Carnival of Tenerife with HD Hotels

The Carnival of Tenerife is one of the most well known celebrations in the Canary Islands. As you can guess, this impressive event attracts thousands of visitors each year looking for having some fun while enjoying the best climate in the world.

In fact, the General Secretariat of Tourism of the Ministry of Industry of Spain awarded it the title of Fiesta of International Tourist Interest back in 1980.

This recognition is granted to the fiestas or events involving manifestations of cultural and popular tradition, with particular regard to their ethnic characteristics and special importance as tourist attractions.

These festivities, like the Carnival of Las Palmas, are held every February since 1605 as the habit of reversing the sexes in dress was documented by Gaspar Luis Hidalgo. This clearly shows the importance that the event has always had throughout history.

It’s that time again when Tenerife breaks loose! Santa Cruz de Tenerife, of course, is right at the forefront of this celebration with its many parades, shows, the Queen’s election and, of course, endless parties.

For two weeks, everybody have the chance to get into a costume and hit the streets with locals. One thing is certain, the carnival can barely be escaped in an island like Tenerife.

What’s the Carnival of Tenerife

It’s hard to believe, but Tenerife hosts the second largest carnival party, next to Rio de Janeiro, though it takes place on a small island in the middle of the Atlantic Ocean just a couple hours flight away from the European continent!

With their love for fiestas, the residents have even ensured their place in the Guinness Book of Records, in 1987, and have managed to hold on to the title ever since! The event continues to get bigger, more colorful and even more spectacular with every passing year!

After the coronation, the party begins and all of Tenerife romps, costumed throughout the busy streets. The motto of Tenerife’s carnival is redefined every year – no two years are equal.

So what to wear this year? Well, that depends on the theme, which is selected from public voting by the residents of the island. For example, the majority voted the 1950s for the theme. So bring your craziest ideas to life and enjoy the carnival to the fullest!

The competition of the murgas, Spanish carnival groups, begins in the first week. With popular music in a theatre form, these satire artists perform critical songs about last year’s political and public events.

There are adults as well as children groups in the Carnival of Tenerife who compete against their peers, in an effort to convince the audience with their eloquence. As soon as the winners are chosen, other events follow.

Comparsas are groups of musicians, singers and dancers who once upon a time endeavoured to emulate Rio de Janeiro's carnival samba schools. Today, each of the many comparsas in Tenerife's Carnival has its own style and its own rightful place in the festivities. 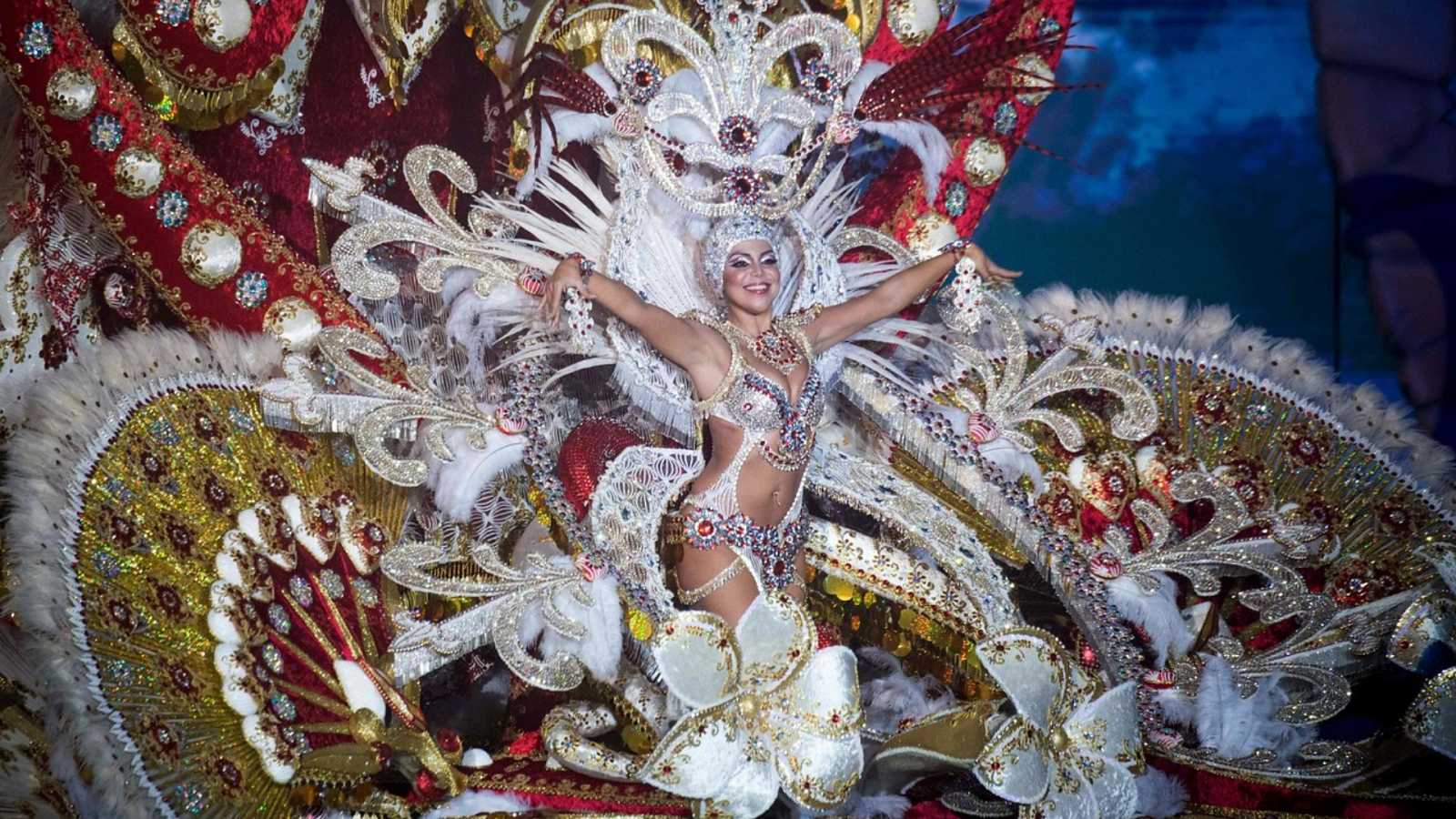 As is done every year, the celebration is heralded by the presentation of contenders for the post of the Carnival Queen. A colorful spectacle with very unusual costumes for the Reina del Carnaval!

Preparations for the queen’s costumes begin right after the last Carnival. They have gotten so vast that the potential queens cannot take them on or off, on their own, anymore.

Those who aren’t “nocturnal animals” are lucky, as the festivities have other side, the Carnaval de Día. This Daytime Carnival reunites groups of friends and relatives stream in their finest costumes searching for a stage, a drum session or another group of carnival-goers.

Under the bright light of day, people of all ages and origins share the streets looking to have a good time and make the most of every last second of the Carnival of Tenerife.

The cabalgata is a vibrant parade that features the Carnival Queen, murgas, comparsas and more. The atmosphere is electric as everyone excitedly enjoys the start of carnival.

The cabalgata takes place from the Parque de la Granja, passing through Las Ramblas and ending at the Plaza de Europa. After the parade there is a massive street party that lasts until dawn. 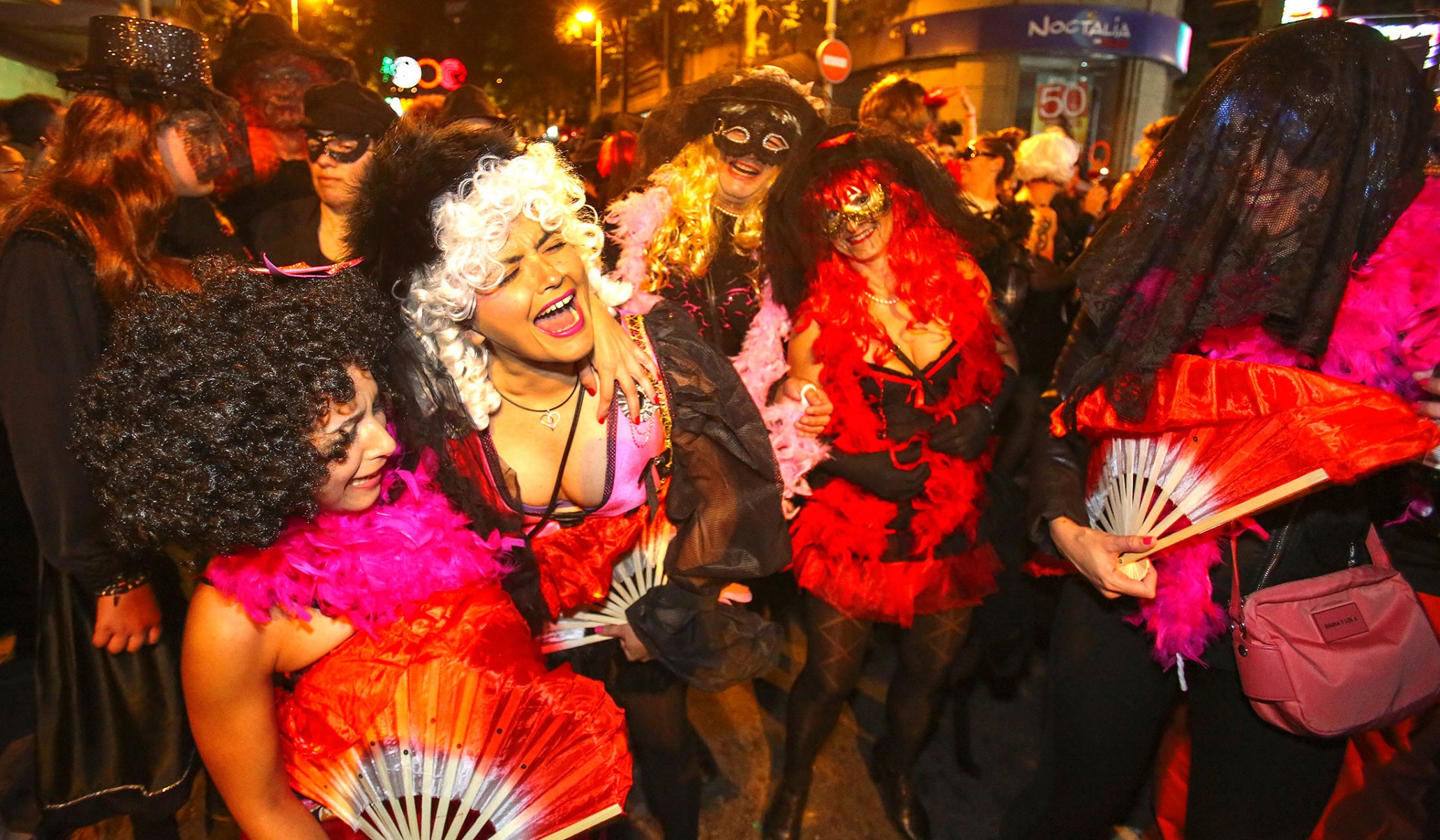 The first day of Lent holds an event that officially closes carnival known as the Entierro de la Sardina. The Burial of the Sardine is one of the most surreal carnival celebrations that occurs around the world. It sees the burial of a giant papier-mache sardine.

The sardine is paraded through the streets of Tenerife, followed by people dressed as priests and widows pretending to mourn the sardine. The sardine is then thrown into a huge bonfire, set alight and a huge firework show officially closes the carnival.

Where to stay to enjoy the Tenerife Carnival?

As you can guess, the island of Tenerife is a top tourist destination with plenty of accommodation options. The fact is that Santa Cruz de Tenerife is usually full with many tourist and noises, so the best option to relax is choosing a hotel that offers a calm atmosphere.

In other words, you should be looking for a hotel such as HD Parque Cristóbal Tenerife near the Playa de las Américas beach on the southern coast of Tenerife. This HD Hotels & Resorts lodging is designed to have a Canarian village feel with single-storey bungalows centred around the pool areas, set within landscaped gardens.

Is there anything better than enjoying the everlasting Canary Islands sun while experiencing one of the best festivities in the world? Come to the Carnival of Tenerife and surprise yourself!